Coming back to Lynchburg once again this year for October 14th and 15th, 2022- The Jack is going to be bigger than ever! With a more relaxed atmosphere that last year’s masking and social distancing made a real headache, this year could see more than 50,000 enthusiastic BBQ fans come to witness more than 127 championship USA and International BBQ teams battle through 7 different barbecue cooking categories to be crowned the top winners. 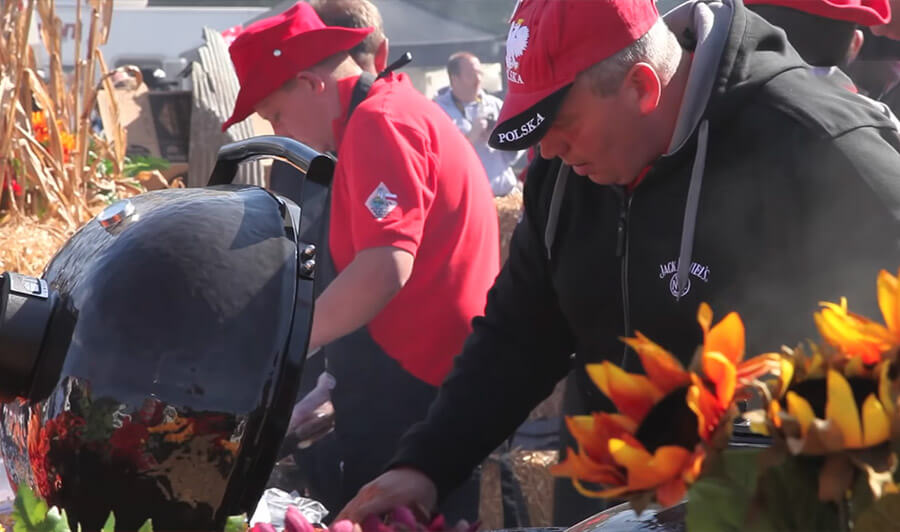 You might be curious about how barbecue competitions can be a blast to be part of. As for those who decide to take on the challenge to make their best BBQ, it’s even more impressive to see so many professional and semi-professionals join in from all over the country! Well, why not, it’s Jack Daniel’s renowned “The Jack” BBQ cooking competition. This year will mark their 34th annual world championship invitational BBQ cookoff 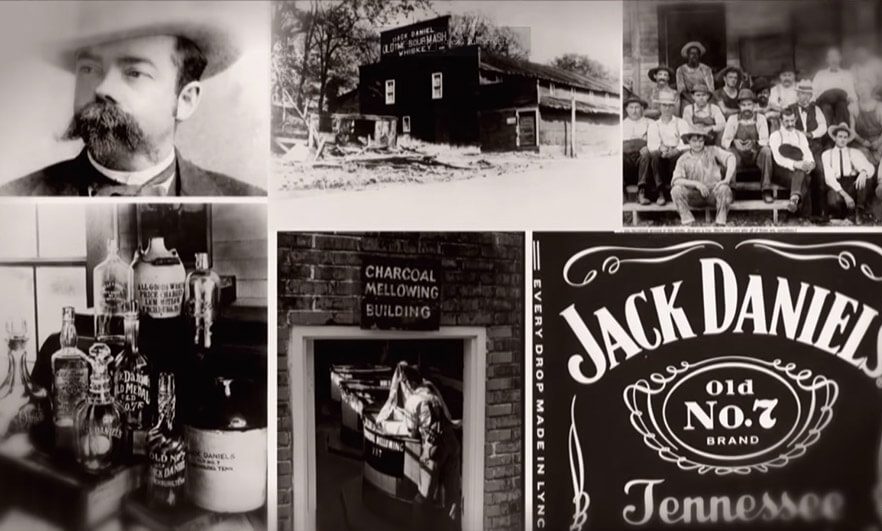 The advantage is that you can enjoy a couple of days to check out this competition and visit the most iconic name in American whiskey while you’re in town. That’s right, Jack Daniels is practically a household name that has cleaned up its image over the years. It’s gone from being the official Good Ole Boys official drink of Tennessee to an international top-shelf celebrated American whiskey.

Most people might have even forgotten that Nathan Green was a slave who showed Jack Daniels how to make his whiskey. Nathan was even freed and then hired as the head distiller for this new company named Jack Daniels in 1866. It was more than 34 years ago that the current owners of Jack Daniels contacted the KCBS (Kansas City Barbecue Society) and wanted to create a BBQ competition that would help broaden the Jack Daniels name. 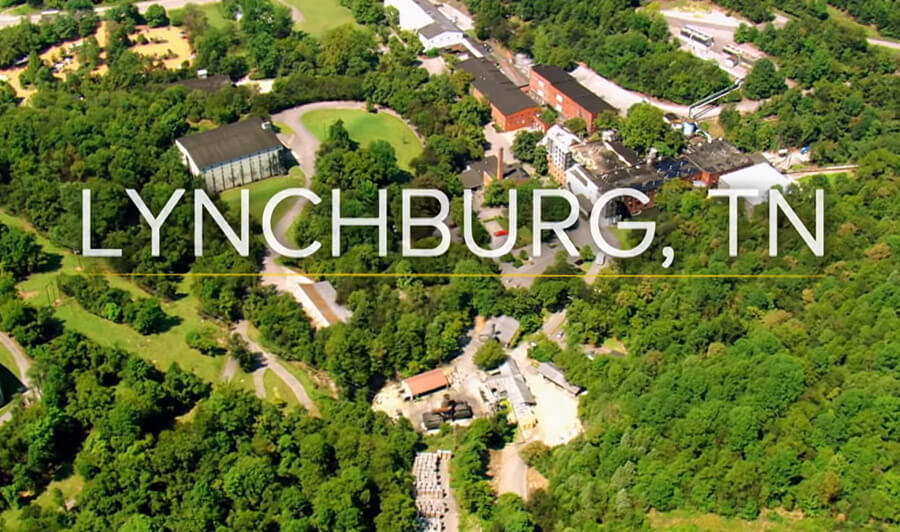 The result is a festival that transforms the entire town of Lynchburg, Tennessee into a cool fall festival BBQ cook-off that celebrates an All-American tradition. You might have heard that there are 7 different BBQ categories, but there are plenty of food booths, displays, and loads of BBQ tasting spots all throughout Lynchburg. There are also some long-standing traditions including Buck Dancing, Butt Bowling, and their signature BBQ Parade!

We’re not even sure how they managed to stick a dog show packed into the Lynchburg festivities, but it does seem to work. Not that anyone is going to be grilling up any doggos at this BBQ event, so far no one is barking about it either way… As you can expect, this competition swerves up some Grand Champion prize money. Each competition routinely serves up top prize money worth 25 Grand for the top BBQ champs.

What’s new for this year? 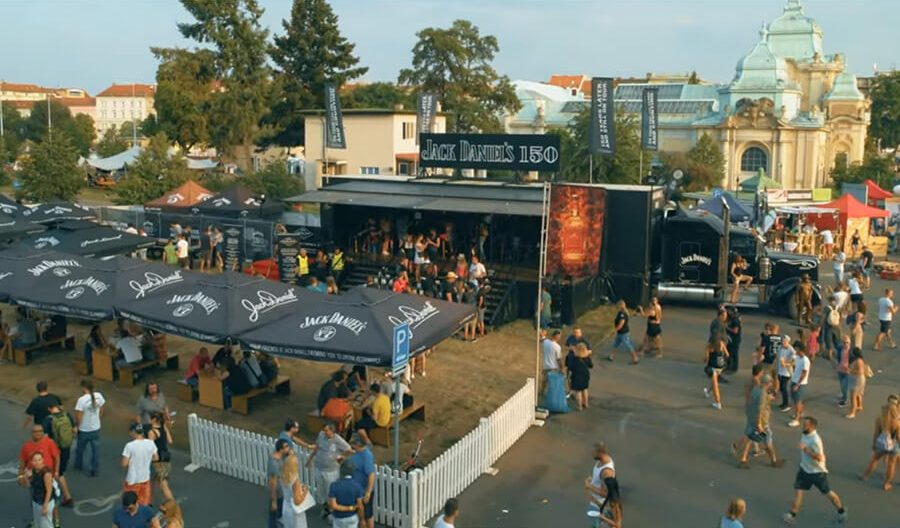 If you’ve been to The Jack’ before, you’ll know it’s cool and mild and sometimes rainy in between. Be sure to bring some comfortable mud boots and a raincoat as needed. When it comes to scheduled events, the first day isn’t much except for the ‘I know Jack about Grillin’ in the Jack Daniels tent in Wiseman Park. Be sure to check on this all-day judging extravaganza. 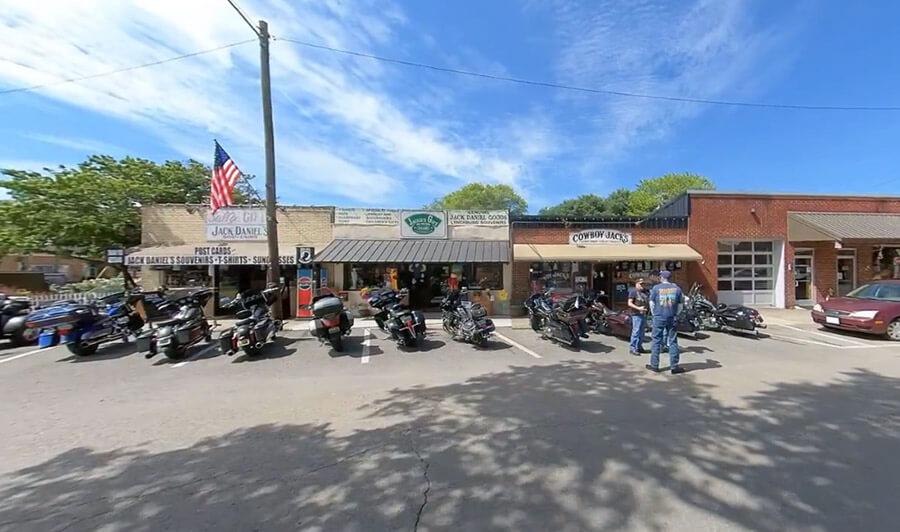 The second day is when all hell breaks loose with a major 7 mild run and a 5K walk complete with an awards ceremony in Lynchburg Square. This is followed by the official judge check-in and live music at the Wiseman Park main stage at just 11am. When noon hits, the judging starts and continues until 2:30pm after that. By 3pm, you can sit back and enjoy their delicious handmade pie auction that you don’t want to miss or take part in.

When all is said and done, the big winners of the BBQ competition are formally announced at 4:30pm. If you’ve made some friends in the BBQ camp by this point you can join in on the parties and celebrations that will no doubt complete this evening of various winners and celebration of yet another epic barbecue invitational event. Since many of the competitors are keen to get their brand name BBQ known to everyone who attends, you’re in luck!

This is one of the few competitions that aren’t preventing the attending public from mingling with the BBQ competitors. So if you’re a true BBQ enthusiast and want to get close to how real pros are doing it, get yourself out to this year’s Jack Daniel’s own The Jack barbecue invitational competition.

–THE JACK IS BACK–

Among the many things that 2021 has had to offer is the return of “The Jack”.  The Jack Daniel’s World Championship Invitational Barbecue is coming back to the Holler October 8-9. Due to restrictions still in place, the field only includes 76 teams, versus the 99 competing groups in 2019. This is due in part to restricting the field to domestic teams only because of the vagaries of international travel. 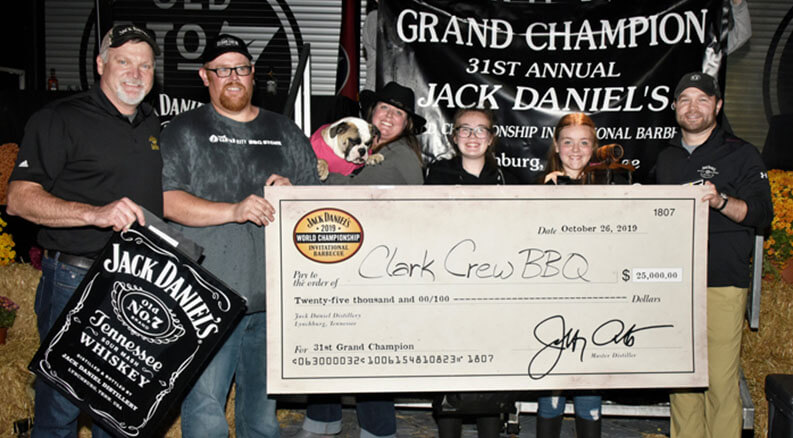 But this is still a field of barbecue mavens to be reckoned with. The 2019 Grand Champion Team Clark Crew BBQ will defend their title. Some of the competition will be familiar from the prior event. Shake ‘n Bake BBQ from Missouri took second on the last outing and is coming back for more. Other returning teams include Redneck Scientific, T-Mac Smokin, Timbone Barbeque, and a couple Texas teams Rio Valley Meat BBQ and Boomerang BBQ. See more on the winners here. 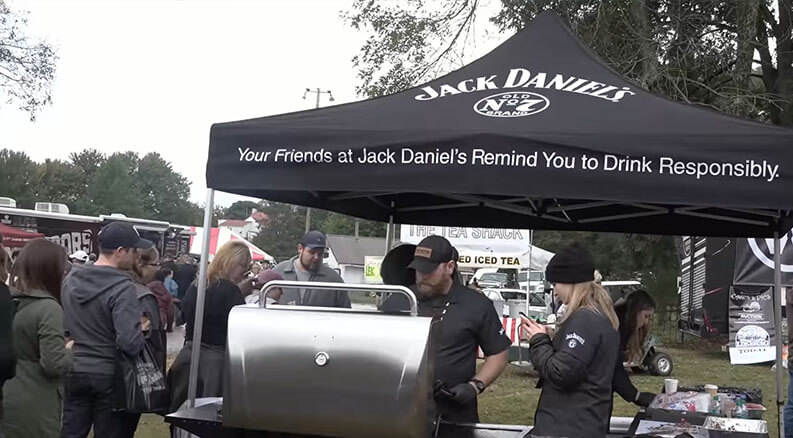 As an invitational event, teams must have won a state championship event with over 25 teams or an open event that has over 50 teams. Teams that qualify are then selected via a drawing. However, the prior winner is guaranteed an invitation. In addition, the winners of certain prestigious events are also on the list automatically. For example, Jack’s Old South, the Grand Champion from Memphis in May World Championship Barbecue Cooking Contest, will be competing. Other premier event winners will come from the American Royal Open and Houston World Championship Bar-b-que.

As they have done for over thirty years, The Jack brings some of the best names in barbecue to Lynchburg. There will be no resting on their laurels though. Each team competes in all seven categories; Pork Ribs, Pork Shoulder/Butts, Beef Brisket, Chicken, Dessert, Cook’s Choice, and Jack Daniel’s Sauce.

Literally thousands of folks descend upon Lynchburg, although this year may be a bit quieter, the town still makes people welcome. And to entertain when not chasing bbq, there are fun and games such as the Country Dog Contest and Bung and Bag Toss competitions. Of course a good event like this has the power to really help a good cause. In this case, admission to The Jack is with a voluntary donation to the Moore County School system. 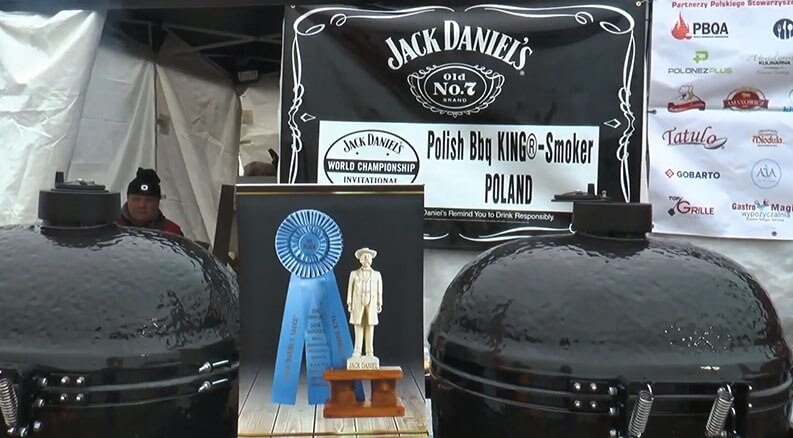 Over 30 years ago cooking competitions were starting to hit their stride. With the successful advent of chili cook-offs, barbecue enthusiast had been motivated to start their own events. And the classic outdoor cottage industry of competitive BBQ cooking was born. Like all worthy competition, there needed to be filtering and ultimately a head to head event with the best of the best.

Is it unlikely to have one of these penultimate events in the small town of Lynchburg Tennessee? Perhaps, but surely no less likely than a major distillery calling that burg home. With the value of wood necessary in the whiskey making process, there is an obvious overlap that presents itself. Or maybe, someone just wanted some exceptionally tasty barbecued food to enjoy with a glass of whiskey. That’s hard to argue with, but for whichever reason the event began, and we are glad that it did.

It is great fun to read accounts of teams attending for the first time. Keep in mind that these are teams that have already won multiple accolades and awards. This is an invitational event, so you have to be a champion team to even get an invite. And then you have to have your bung drawn from the pool of winners to be a competitor. So no spring chickens, even these competitors are awestruck as they roll into the holler.

Teams start rolling in the Thursday before the competition in early October. Usually that means a pleasant misty haze in the air from the night’s dew evaporating in the autumn sun. This elite group are mostly familiar to each other, but that doesn’t diminish the fact that they are in the company of the royalty of their arena. Thursday is time to get set, learn the lay of the land and be ready to literally fire things up Friday morning.

The Kansas City Barbecue Society are the overseers and they inspect the products Friday morning which is the go ahead to get started on prep work. The low and slow items, brisket and pork butts, are first on the list to get trimmed, and seasoned, ready to smoke. But there is a little wrinkle in this event that is unique. If you gather the elite that calls for a little pomp. In this case a parade. 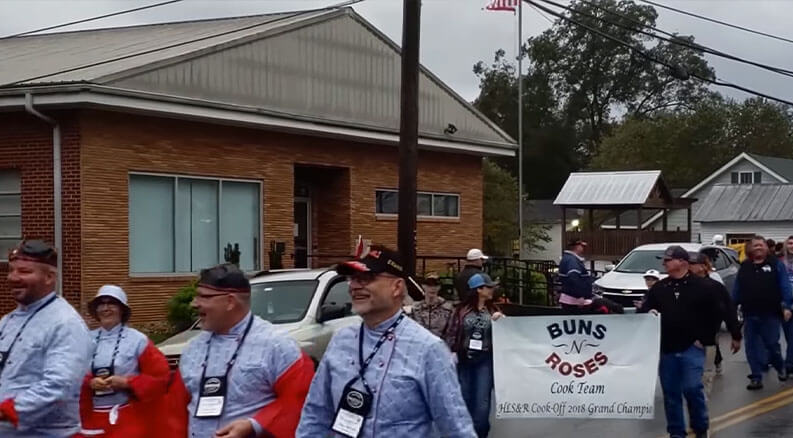 The local High School band leads the procession of teams with their flags from all corners of the earth. They meander through the streets toward the Jack Daniel’s distillery. They get to load onto buses for the last leg, right up the hill past the mashing stations for the distillery. With music, food and a view of the sunset, the opening ceremonies are complete. Next is the o-dark-thirty process of getting the long cooks started.

Then Saturday is the judging staggered through all the categories. The drama really starts with the re-convening of all the teams in the barn for the awards event. Who will get the call to join the rarified group that are the best of the best, bragging rights, and for one team a guaranteed return the next year? Even the most experienced teams feel the thrill when the name called is their own.