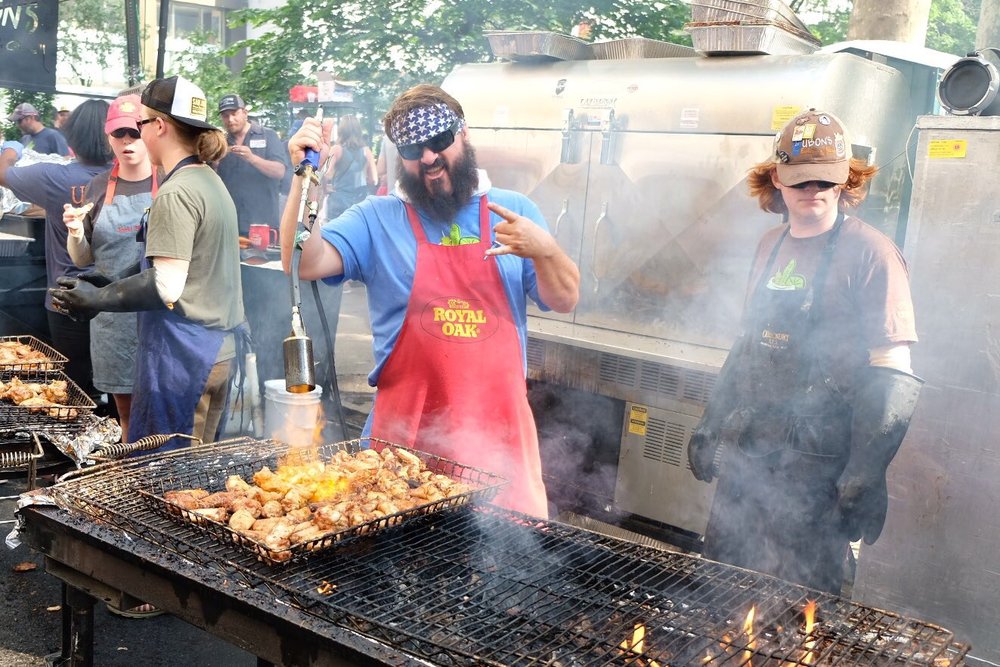 If there is one of the biggest BBQ events in the entire country it will include the American Royal World Series of Barbecue. It is the world’s largest barbecue event that is now held at the Kansas Speedway! This 4-day event includes over 500 BBQ teams that compete until the final winners are narrowed-down by special judges. Each competition includes categories of BBQ meats and side dishes. Various contests also include a sauce and rub competitions likewise. Each year 3 new inductees are added to the Barbecue Hall of Fame.

In the spirit of BBQ and Pitmaster cooking, this World Series event is a one-of-a-kind experience that continues to grow yearly. It welcomes newcomers as well as seasoned pros to come out and show off their BBQ skills and their best-grilled specialties. This world series of barbecue speedway event also attracts thousands of BBQ lovers all across Kansas and other US states. The categories for BBQ meats include everything from beef, pork, chicken, turkey, and side dishes including vegetables and potatoes.

It?s also a full venue for live music, food and drink, a BBQ marketplace, and 40 years of BBQ tradition. This is the prime event that is so large they needed to move it to the Kansas Speedway! This year is expected to be bigger than ever. 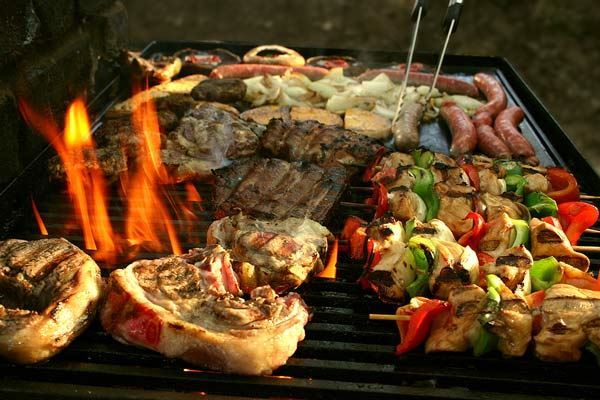 The world series of barbecue has been around for 40 years and was organized by the American Royal in 1980. Since 1899 the exhibition cattle shows grew enormously in Kansas so it only seemed natural to add a BBQ show. Initially there weren?t many contestants who came out for the first BBQ contest. It was originally held in the parking lot of the legendary Kansas City Steakhouse: The Golden Ox. After this event started growing in popularity, each year added a new layer of interest as well as contestants.

It only took 19 years for the World Series of BBQ to officially become the world?s largest BBQ event in 1989. There were 400 competing teams attending that year, and since then, it has attracted over 600 hopefuls each year! The event was later moved to the American Royal complex parking lot in Kansas City. By 2015 this event had grown so much that it was moved to the Arrowhead Stadium due to the crowds. By the next year the new location became the Kansas Speedway and has remained there ever since.

The barbecue hall of fame is also an interesting history that is now part of the World Series of BBQ. It all started with the internet back in 1995 when thebbqforum.com first began posting topics devoted to everything about BBQ. At that time nobody knew the massive interest that would evolve into a major internet sensation. By 2007, the website owners Mike Tucker and Ray Basso introduced the Barbecue Hall of Fame. The rights were later sold to American Royal and also inherited 7 of the most influential names in BBQ history. Each year they induct 3 new members into this society at each World Series BBQ event. 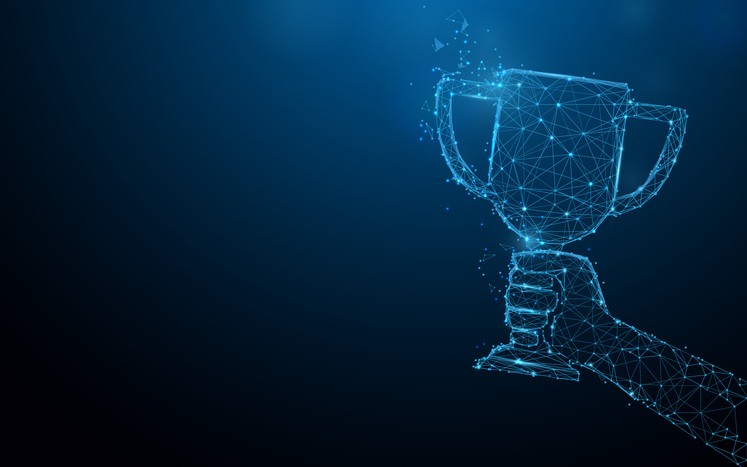 This is the ultimate proving grounds for serious folks who are devoted to BBQ. They share a passion for just the right amount of smoke and BBQ sauce. In many cases there isn’t an exact science behind slow cooking on a barbecue, only the persistence of patience. Previous winners have gone onto larger endeavors while others move onto selling BBQ products. Here are samples of the previous winners who have taken top awards at this showdown BBQ cook-off competition in 2019.

They started with a restaurant and now have moved forward with BBQ classes and seminars. They also have a successful Youtube channel teaching their BBQ technique to others.

Based out of Portland Texas, Ryan Deal has won several awards and 3 grand champion awards since 2016. He takes his BBQ passion to many of the top BBQ cook-off events every year. You can find him on his Instagram page at #smokinhooks detailing the BBQ lifestyle.

Their claim to fame has earned them the title of: Kings of Barbecue?. They also have national TV coverage on shows including Pit Masters and Destination America on the Discovery Channel.

Superstars like Diva Q aren?t just cooking up a storm, she wrote the book on it. Her self-titled BBQ books share her passion for grilling and Pitmaster cooking. Traeger grills are an expert line of wood pellet BBQ grills that are a top name in the wood-fired BBQ grill industry also.

A dedicated grill team out of North Carolina that is playing the grass-roots card to the finish line. They even enlisted 99designs to hold a contest to design their new grill logo. Their Facebook page details all their newest competition wins.

If you can win first place from grilling and smoking turkey, you must be pretty talented at everything else. They also have a grass-roots Facebook page that details their BBQ triumphs.

Despite winning first place for just baked beans, the Sugarfire Smokehouse in St. Louis has excellent BBQ awards all over the country. They even won praise from mega-rapper Snoop Dog who loves their award-winning BBQ delicacies.

This Kansas based BBQ team takes their BBQ seriously by making the circuit rounds at least a dozen times a year. Known for their award-winning BBQ sauces, they first made their mark in 2003. Entering the American Royal and winning the open as grand champs!

Who says veggies aren?t good for you? This grill team takes their grilling skills to competitions all over the country. They have been graced even further by the American Royal top prize as a result.

These boys from Missouri have a passion for BBQ and led them to make their first BBQ seasoning rub and then moved into the sauce market. They have been on the TV show Shark Tank and secured financing for their BBQ sauce line. Last year they took first prize for a dessert entry at the World Series of BBQ speedway event!

Nearly anyone can enter the American Royal World Series of Barbecue, but you do need to meet their criteria. Once you have been confirmed, the types of competition and events are spectacular. The categories for grilling include beef brisket or Boston butt, pork ribs or pork shoulder, and chicken. These can be entered into the Open Meat Competition and there is also an Invitational competition. This is reserved for previous teams who couldn?t attend in the last 2 years.

Other contests include a sauce and rub competition that allows teams to introduce their newest BBQ flavors. Some entries include turkey, sausage, baked beans, vegetables, side dishes, and desserts! In recent years they have also included international guests to compete alongside American BBQ Pitmasters. This is one World Series of BBQ speedway event that celebrates smoking grills from all over the world. Each event is judged according to rank and final results are then tallied.

If that wasn?t enough, they have also added a Kid?s Que contest for junior Pitmasters. At this special contest age groups between 6-15 years of age can cook steak and hamburgers. This competition is sponsored by Weber and is boasted as the largest kids BBQ in the country. You don?t want to miss this year?s World Series of Barbecue event that will make the Kansas Speedway sizzle with excitement. Be sure to check it out!