Do you like a great BBQ sauce to go on your ribs and BBQ meats? We’ve taken the time to collect 5 tasty recipes and Pitmasters who proudly stand behind them. These recipes can be made at your next BBQ party too. So if you have any questions if they’re any good, we’ve collected helpful background info on them. Here are the best BBQ sauce recipes your taste buds are screaming for! 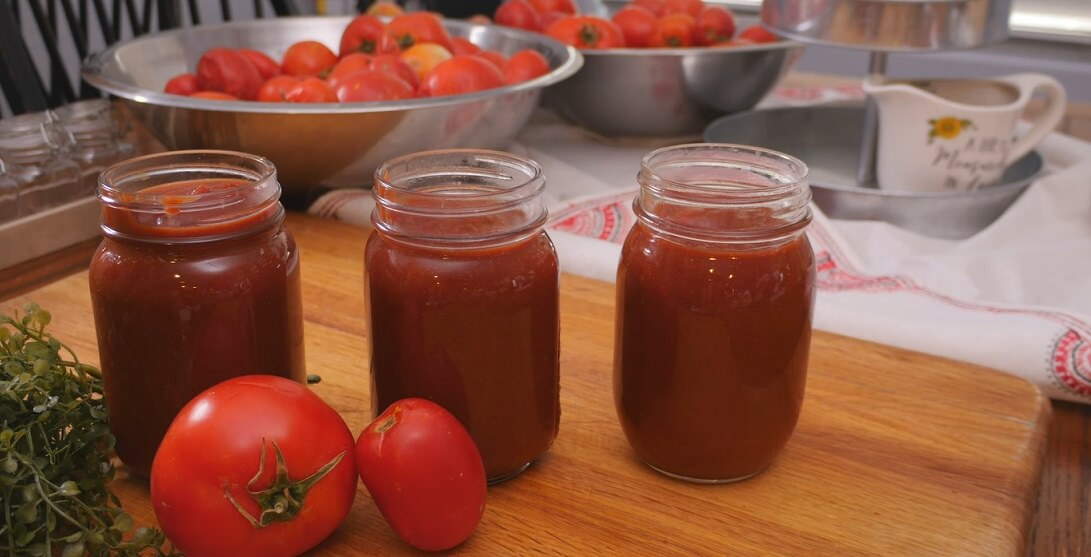 Myron Mixon is a celebrity in the BBQ world and a 4-time BBQ champion in his own right. He’s also a real showman when it come s to ruling the airwaves with top-rated series such as BBQ Rules and BBQ Pitmasters on the Discovery channel. He recently shared his winning BBQ sauce that is reportedly excellent for pork, beef, and lamb. It’s a woodsy hickory flavor BBQ sauce that has hints of sweet and strong residual flavors.

But does his recipe really measure up? Even the top champions all borrow from each other from time to time. Here’s what goes into his award-winning recipe.

Place everything into a blender and then give the mix these ingredients by pulsing a few times. After that, you transfer this mixture to a medium pot and simmer on medium heat is mixed well. It doesn’t need to boil but simmering is just fine. After a couple of minutes, allow the sauce to cool and then transfer to a clean jar. It can store up to 6 months in the fridge.

What makes this sauce a bit of a mystery is that it mentions hickory, but the recipe doesn’t have hickory added. It lends its flavor more to a very fine pasta sauce. Some Pitmasters have mentioned that it’s missing 2 tablespoons of Apple Jelly. Perhaps if you add liquid hickory flavor, it will give this BBQ sauce more definition.

If you’ve ever heard of the BBQ Pit Boys, they’re quite a rough and tumble bunch. They’ve got a great Youtube channel and have quite a following. If they’re not practicing Bushcraft BBQ, they know how to handle high-power firearms. It seems they have a recipe that is similar but with a refreshing outdoor twist. This reportedly makes a tangy zesty BBQ sauce that is good for chicken, beef, and pork.

Add ingredients to a medium-sized saucepan on an outdoor grill. Using hickory wood for added smoke, stir the ingredients at a slow simmer. As this sauce starts to thicken, continue to stir to lock in smoke flavor. Afterward, the finished sauce can cool and then be transferred to empty jelly jars. Makes up to three and one-half cups of BBQ sauce.

What makes this sauce awesome is that it’s meant for mopping your BBQ but equally tasty for dipping likewise. It has the right amount of zest but could ultimately use fresh onions and garlic for added depth. The combination of brown sugar and vinegar turns out a fine sauce that is what BBQ is all about. The bourbon is the real kicker since this adds a whole new layer that tells you this BBQ sauce isn’t fooling around. 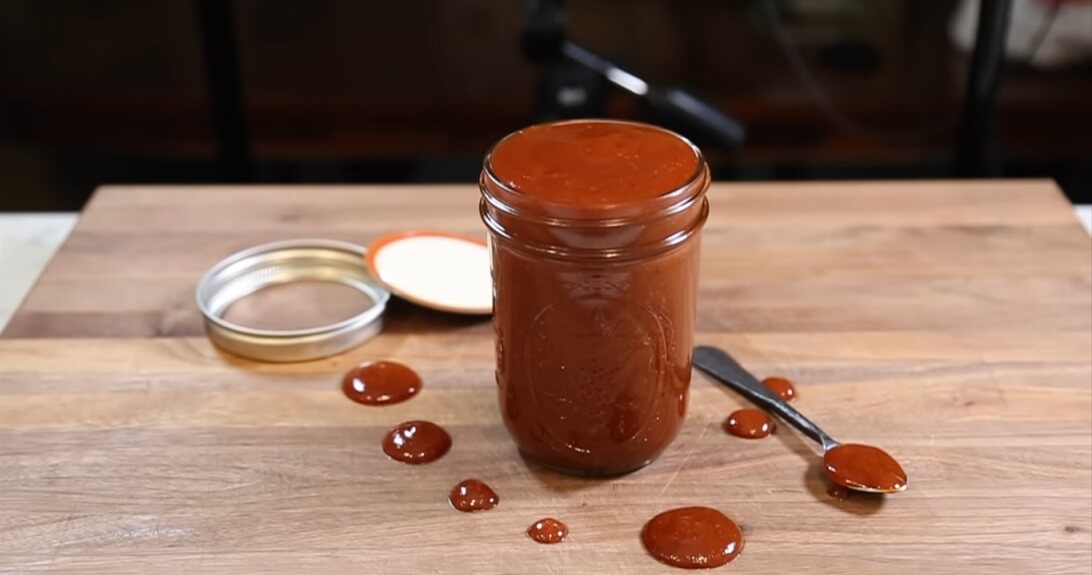 This BBQ Pitmaster didn’t just learn to grill, and it appears he wrote the bible on it. He’s the author of several books and is known nationally for being a master grill specialist. He’s got a recipe that is the defining flavor of what makes Kansas City BBQ flavor. This recipe actually comes from Kansas City Barbeque Society but is hailed from Steven’s BBQ Bible. This recipe makes 5 whole cups of authentic Kansas City sweet red rib BBQ sauce.

Combine together all of the ingredients (minus the ketchup) in a large saucepan and bring to a medium simmer. After about 5 minutes when everything is mixed thoroughly, you can add the ketchup and bring it to a boil. The last item to add is salt and pepper to taste. After it reaches a boil, reduces the heat back to a simmer until it reaches a nice thick consistency. Turn off the heat and let sit for 30 minutes.

Then you can transfer the sauce to large glass jars that can be stored. It will last several months in your fridge when capped.

If you’ve ever enjoyed authentic Kansas City BBQ sauce, this should be on your favorite list. This flavor is one of the major legends of BBQ cuisine with a flavor signature unlike any other BBQ sauce out there. It is also rated 4-stars by the Food Shmooze review website. 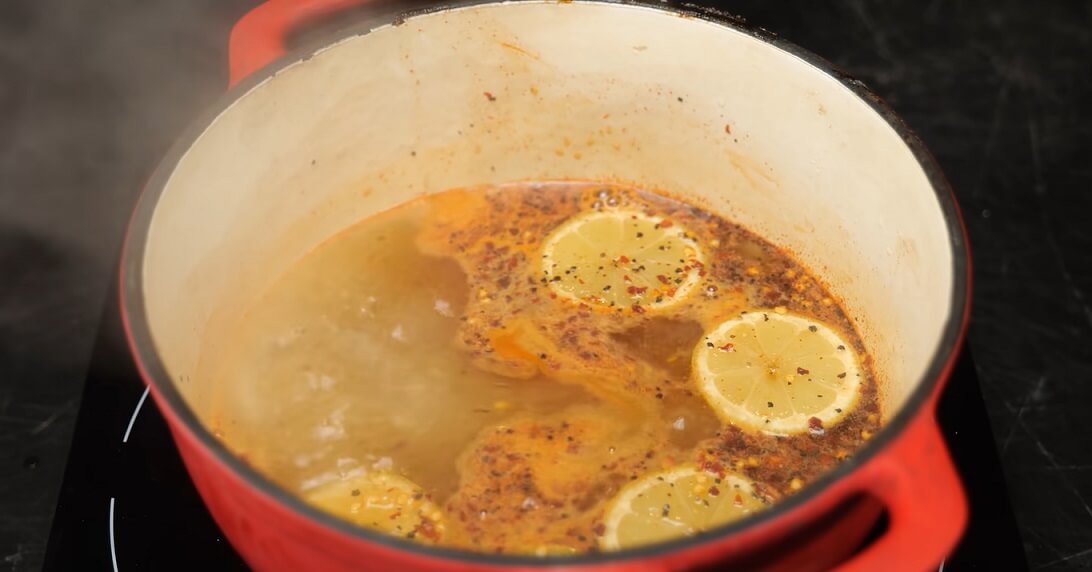 Now maybe you haven’t heard of Rodney before but for this Birmingham, Alabama resident, he’s gained a bit of traction. He was recently awarded the Best Chef Southeast at the James Beard Awards. His unique approach to BBQ sauce has earned him high praise among Pitmasters alike with his spicy-sweet blend of BBQ sauce. This closely guarded secret has finally emerged and is unlike most sauces you’ll find.

It’s especially good on pork, chicken, and turkey, but not limited to beef and spare ribs. Let’s take a closer look at what makes his recipe so different.

Into a small saucepan, pour the white vinegar, and then warm it to medium-high heat. As soon as your vinegar reaches 150F, then you add the lemon slices and cook them until they get a bit translucent. This will take about 10 minutes in all. In a separate bowl, you’ll whisk in the black pepper, red pepper, sugar, paprika, dark chili powder, and accent seasoning together. Mix this until the sugar is completely clear or when the temperature reaches 190F.

After this, allow the mixture to cool, and then place the sauce into a glass jar to keep it fresh. It will last for up to at least one month.

Apparently, the real secret to this sauce is how the vinegar and lemon slices are cooked first. It also helps add natural enzymes that tenderize meat better than other kinds of vinegar-based mixtures. The real trick is to take the lemon slices out before you add the rest of the spices. It makes an excellent mop BBQ sauce that extra tasty as a dipping sauce too. 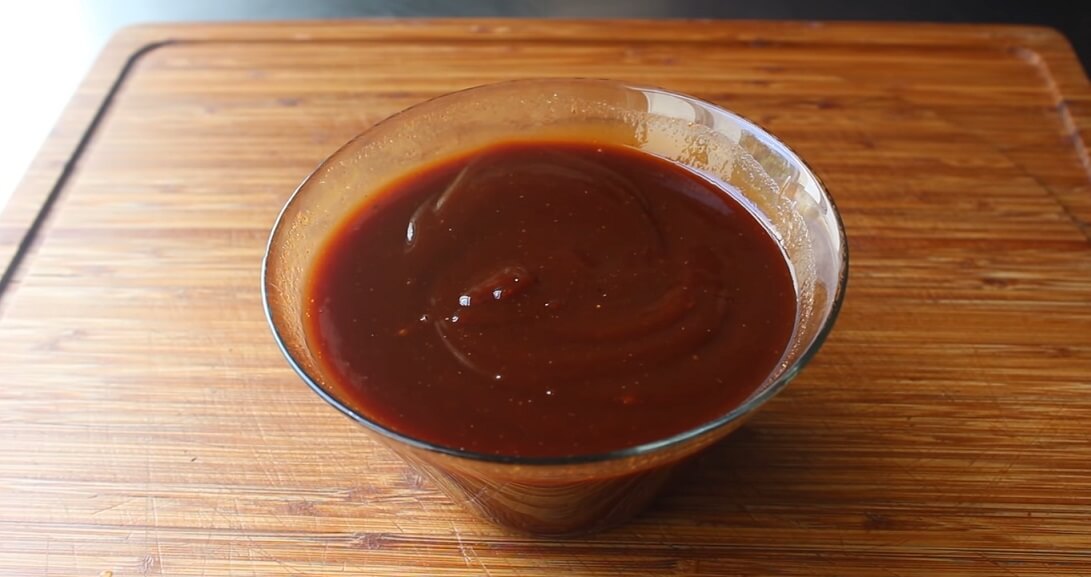 This well-known MasterClass BBQ chef is right up there for getting the spotlight for his cooking and grilling style. Aaron is a rocket scientist when it comes to Texas-style BBQ. This recipe is one of his thick and sweet BBQ rib sauces that might just speak for itself. This time around, you can be the judge and make this recipe at home. But for a rib sauce that is pretty involved, here is what you’ll find for ingredients.

The first thing you’ll do is heat a medium saucepan and add your fat (beef tallow, etc.) until it starts to simmer, and then add your onion until it gets translucent. This will take 6-8 minutes. After this, you add your garlic and continue to cook until the onions start to turn brown and the garlic is getting crisp for another three minutes. This is when you add the brown sugar and will totally melt, forming a glaze after simmering for 2-3 minutes.

This is when you add the apple cider vinegar, ketchup, mustard, paprika, salt, and pepper. Bring this mixture up to a simmer and cook it for an additional 3-5 minutes. Or at least until this mixture has become thicker. This is when you can add the Worcestershire sauce and allow this to simmer away for an additional minute. Now, this is where it starts to get fun. You put the entire mixture into a glass blender and mix at the highest speed.

When you get a sauce that’s completely smooth and has an orange color, it’s done. Since this sauce will naturally be hot, you’ll need to transfer this hot mix directly into waiting jars and put on their tops. Then let them cool to room temperature. After this, put them in the fridge. This BBQ sauce can be stored for up to 1 month in your fridge after that.

Apparently, over 700 people who subscribe to MasterClass rate this BBQ rib sauce with 4-stars. It’s clearly a hit from the overall reviews and does have a bit of appeal for Texas-style BBQ rib fans. With a generous amount of onion and garlic added here, this makes for some excellent taste on any ribs you add it to. When it comes to Beef or Pork, these flavors explode on impact with a sweet yet slightly zesty appeal.