Q in the Lou in St. Louis 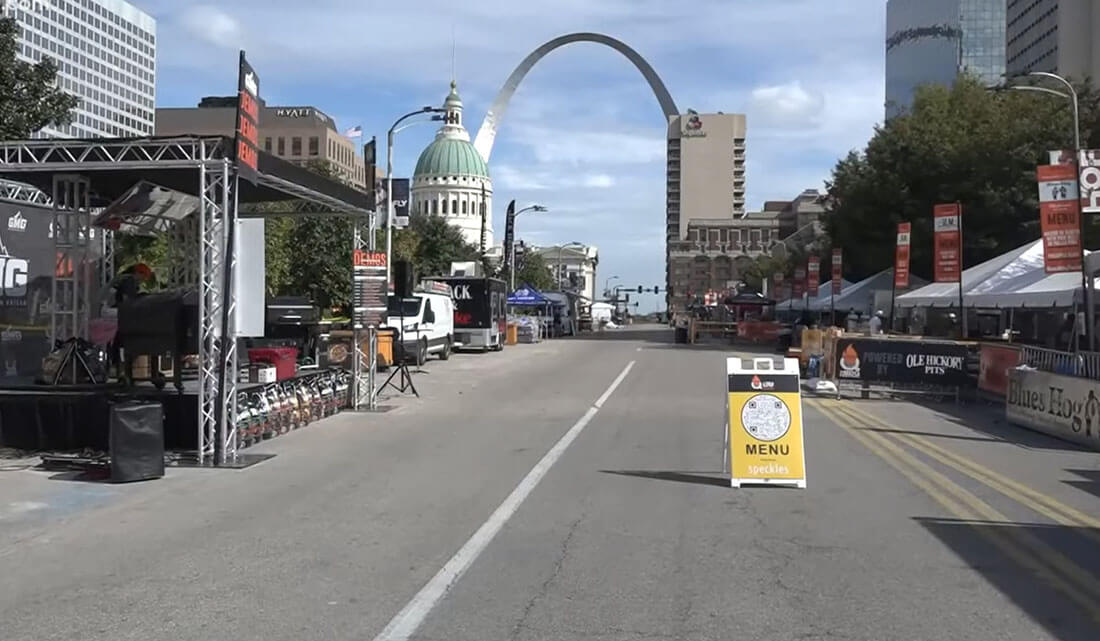 One of the most satisfying BBQ events that St. Louis locals wait all year for is returning again for their 7th annual Q in the Lou BBQ Festival. It’s a grand slam event that is truly unique from other BBQ events that are held for competition BBQ cooking. Since this is an outdoor event, it’s being held in Kiener Plaza in downtown St. Louis and admission is free to attend. This is where the glory of BBQ kicks into gear with extras that you’ll want to know about.

As mentioned before, there are great BBQ demos that will be entertaining and informative. If you ever wanted to get up close and personal with these BBQ heroes, they’ll be on hand for all three days of Q in the Lou. As you can expect, the 2022 lineup isn’t set in concrete just yet, so many of the pitmasters attending will certainly be a surprise, even if they’re last-minute additions.

What we can tell you is that a total of 9 talented pitmasters will be providing cool demos for those who are crazy about BBQ. And of course, they’ll also be preparing (what else?), BBQ for those who attend these barbecue demos. You’ll learn secrets about rubs, glazes, racking methods, and a variety of barbecue styles. You’ll get a chance to see upfront and center how specialties such as BBQ chicken, ribs, and of course St. Louis style spare ribs.

It’s the ultimate way to learn extra secrets when it comes to side dishes, and see how they complement various meats from chicken, beef, or pork. Perhaps some of these pros will share their favorite recipe for making the iconic St. Louis BBQ sauce. Not everyone uses that familiar sweet and tart sauce with a little bit of spice, so come and find your favorite this year!

Among the past pitmasters that came to the 2021 Q in the Lou included some names you might already know. This included Tim Scheer of Blues Hog barbecue and Leslie Roark of Ubon’s BBQ. There was also Mike Johnson and Christina Fitzgerald from St. Louis’s own Sugarfire Smokehouse! You might also recall Terrance (Frymaster Tee) Winters who has been on the BBQ circuit since 2007 and is still touring the country serving up his famous fried chicken.

These demo events are free of course, but to make the most of your experience at Q in the Lou, you’ll want to secure your Q-Pit Pass to get even more free swag, all you can eat food, drinks, and much more.

What Makes Q In The Lou Different? 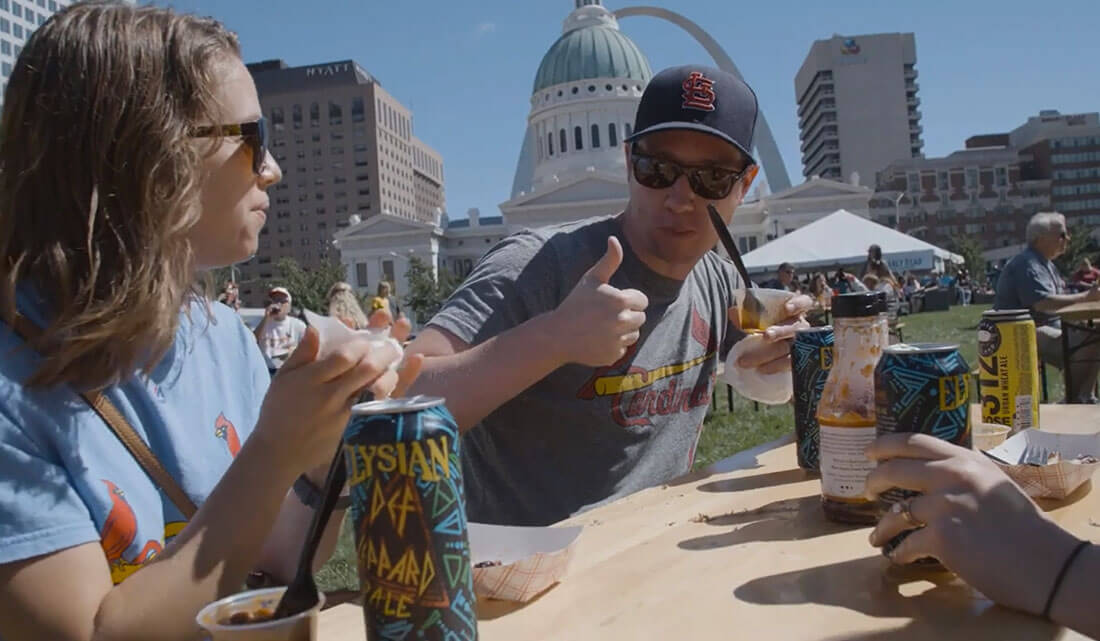 Q in the Lou is a true festival that spans 3 whole days of BBQ, music, drink, and loads of BBQ fun and feasting! As their homepage suggests, this event is held ‘rain or swine’, so bring the appropriate clothing if the weather turns less than pleasant. This event is even better when you purchase the highly sought-after Q-Pit Pass’ that grants you access to every Pitmaster in the festival.

You can also eat and drink as much as you like for the entire three days, which is a tribute to fine swining and true lovers of St. Louis BBQ! The advantages include access to rubbing elbows and BBQ sauce alongside talented pitmasters from all around the US for 2.5 hours each day. Here is where you’ll have a chance to sample and eat as much as you like, in addition to as many free drinks as you can handle.

Thankfully, there are private bathrooms along with the Q Pit Lounge, so all of the signature cocktails, craft beer, and selected wines are available to Q-Pit Pass holders. Plus, you get discounted parking if you’re coming by car.

How did Q in the Lou begin?

Not only was there enough hoopla from the Kansas City Nationals and Memphis in May, St. Louis indeed deserved a rightful place in the BBQ celebration. It wasn’t until 2015, that the Mayor of St. Louis- Francis Slay decided that it was time to add a festival that defined Q in the Lou one and for all. The very first festival was able to secure 9 legendary pitmasters from all over the US to be part of their first event.

Many of which, had already won several BBQ awards at the Memphis in May and the Kansas City American Royal World Series. And since St. Louis is considered a pivotal spot on the BBQ triangle, it made sense that Memphis, Kansas City, and St. Louis all have their own signature BBQ festivals that truly define BBQ respectfully. It’s also a stunning addition to the slew of downtown festivities that define St. Louis in general.

Little-known facts about Q in the Lou

For the 2022 BBQ festival, you can expect that there are no less than 18,000 Pounds of BBQ meat that’s available throughout the three days of this festival. Each day is different, so when each vendor or competitor is out of meat it all depends on how early you get to the event. While you can purchase directly from the vendors, the average price ranges between $5-9 depending on the selections you like.

The exclusive Q-Pit Pass is just $75 for adults, $35 for kids ranging from 13 to 20, and $25 for little ones that are 12 and under. Go figure that unlimited food and drink are going to be worth that price over a total of three days of frenzied BBQ celebration. When it comes to entertainment, the scheduled bands are still yet to be announced. Based on their list of previous stage entertainers, there’s no shortage of swingin’ BBQ tunes!

Events to watch for 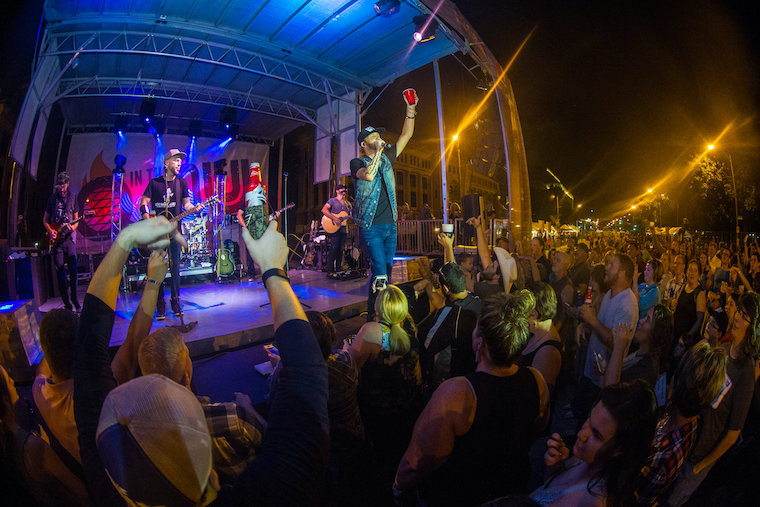 If you are curious to see the process from start to finish, there are plenty of BBQ demos from talented pitmasters who will share their secrets throughout this festival. The list of scheduled demos is so extensive, that you’ll become an expert when these seasoned veterans of BBQ hit the stage for their talented and entertaining demonstrations. Last year in 2021, there were three separate stages for demo BBQ guests.

The Rib Rumble is one wild event that is held next to the Jack Daniels music stage for the wildest 5 minutes you’ve ever seen! Only 8 of the luckiest contestants who love to eat ribs will be randomly chosen for a chance to win Q-Pit Passes and a possible spot for the next year’s Rib Rumble competition. Those who can eat the most rib meat (by weight) will be the crowning champ of Q in the Lou, so be sure to bring a strong jaw and bottomless stomach! 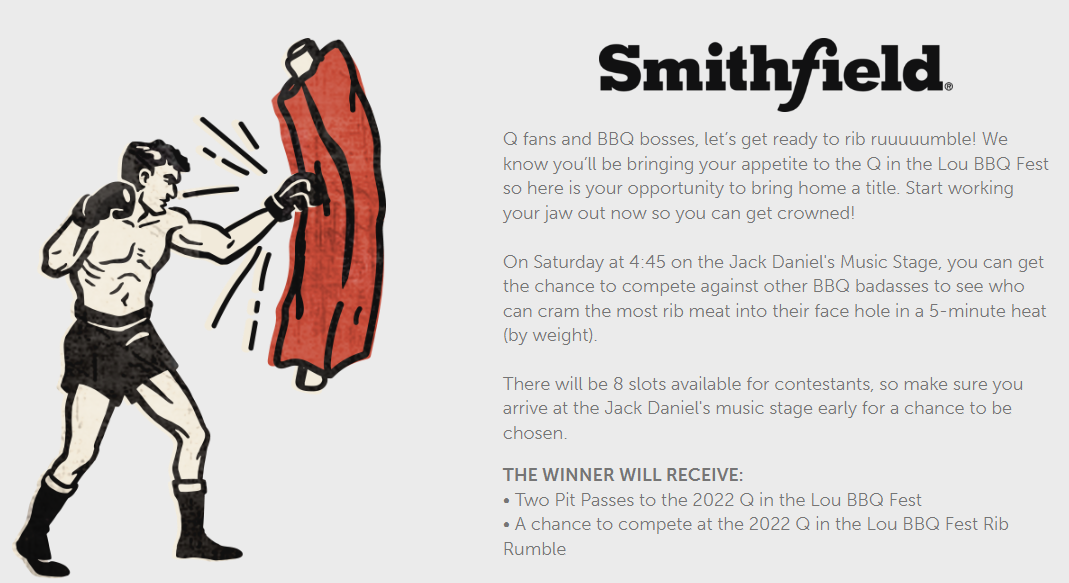