The history of St. Louis BBQ is an interesting dive into a style of barbecue but not necessarily a method of cooking. It might be more interesting to know that the history is also peppered with who invented this style. Some historical references include Henry Perry (the undisputed Father of Barbecue’), who found work on a steamboat at the age of 15 back in 1890. Much of his early career was learning to cook up and down the Mississippi river that defines BBQ. 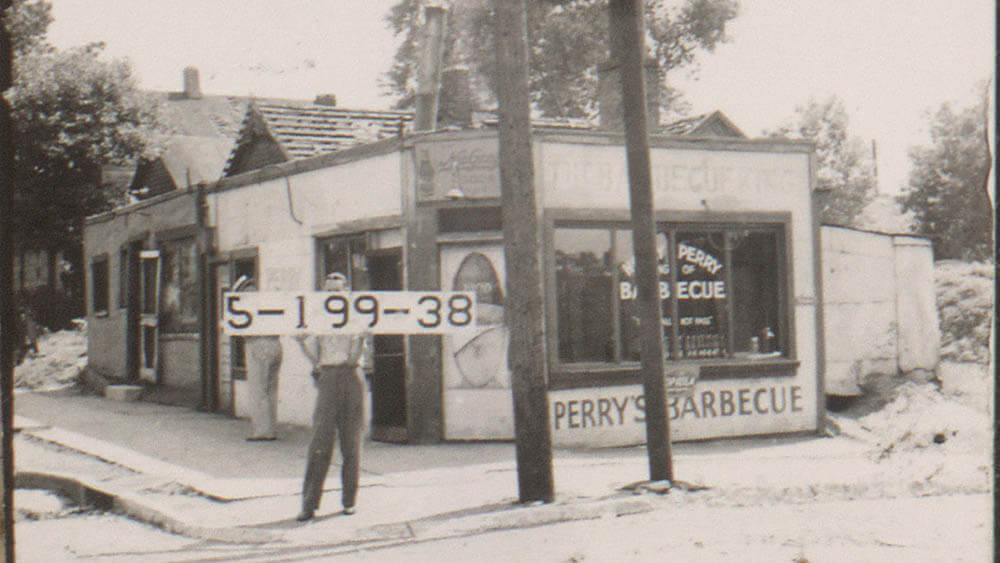 His recollection of the BBQ style at that time was a simple question of what he could afford. He simply picked up discarded slabs of ribs that could not be preserved through conventional means from Kansas City stockyards. He then used local oak and hickory to slow cook these ribs indirectly. And though his style eventually became better-known as Kansas City style BBQ, it still plays a large role in Missouri-based barbecue.

The legendary Meathead Goldwyn from the website Amazingribs.com recounts that the history of St. Louis BBQ began from a similar fact that the portion of ribs used for this style was simply a matter of what was leftover by butchers before the Civil War. It was often the Masters who owned slaves that got the best choice-cuts which always included the obviously meatier tenderloin portions.

The fattier sections filled with gristle and some meat were given to the slaves, which essentially needed to be cooked and smoked for long periods to make them easier to eat. Adding peppery sauces while the meat was being smoked, added more to the finished flavor. The typical St. Louis ribs are a very specific portion of separating a rack of ribs. At the end of the Second World War, this method was formally introduced.

The rest is history as they say, and ever since then, St. Louis BBQ is known for having the most iconic styles compared to any other versions of BBQ ribs. This style was defined by the select cut which separated other cuts so it would be known as St. Louis style no matter where it was being served.

What are some traits of the St. Louis BBQ style? 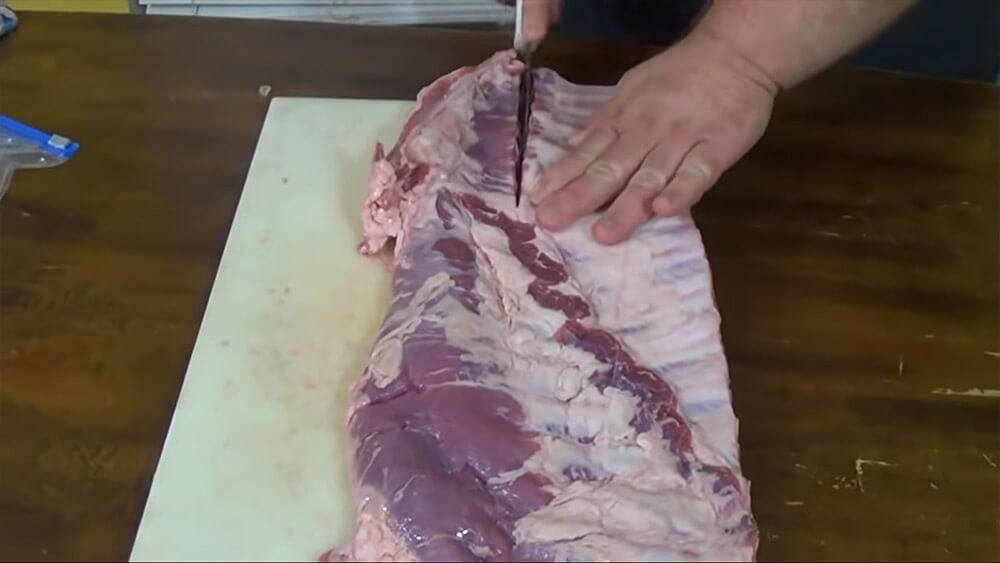 It all starts with the slab of ribs aside from the BBQ style. The reasoning is that a St. Louis cut is radically different than any other in the BBQ category. The sauce is also clearly defined, but we need to address how the rib style is determined. It all starts with a typical slab of spareribs.

The process starts with separating the rib bones from the rib tips. The rib bone section is a rectangular slab that contains a majority of the ribs.

This slab is then given further trimming so it only allows the ribs and some meat that goes with the slab itself. This involves removing the silver skin and excess meat that is usually reserved for the rib tips. The remaining slab is specifically the St. Louis cut and is then prepared for getting the appropriate dry rub and then being barbecued. And despite the amount of gristle among the obvious lack of meat on the ribs, this cut was sold and advertised as the premium solution for barbecued food.

The next element that makes St. Louis ribs flavor instantly become recognized is the sauce that is used. There is a dry rub that is commonly used but this isn’t defining the flavor that most people associate with St. Louis ribs. It’s the sauce that stands out which is both sweet and tangy and certainly packed with a thin tomato base. Actually, the base sauce starts with ordinary ketchup, brown sugar, and apple cider mixed together.

The dry rub will contain all of the salt and pepper and assorted spices that are used. The sauce recipe is often credited to a local grocer Louis Maull back in 1926. The list of ingredients used for his sauce recipe includes nearly 20 various flavors that instantly stand out for having the St. Louis signature flavor. You can find a great recreation recipe that you can make for yourself too if you can’t find Maull’s St. Louis bbq sauce.

According to the original recipe, he uses various additives such as pureed raisins and anchovies that are missing from so many recreated recipe versions. This is why gives a particular sweetness with a distinct ‘twang’ when combined with lemon zest and apple vinegar. Let it be known that Louis Maull wasn’t exactly a talented BBQ expert, but his creation defined the taste that became their best-selling product back in those days.

Even after slow-cooking these ribs for several hours, they still take a fair bit of bite to get off the bone. Unlike baby back ribs, which are very tender when compared, to St. Louis rib cuts, if prepared properly, the result is distinctly a bit of work that is oddly satisfying for BBQ fans.

What is St. Louis’ role/contribution to the BBQ world? 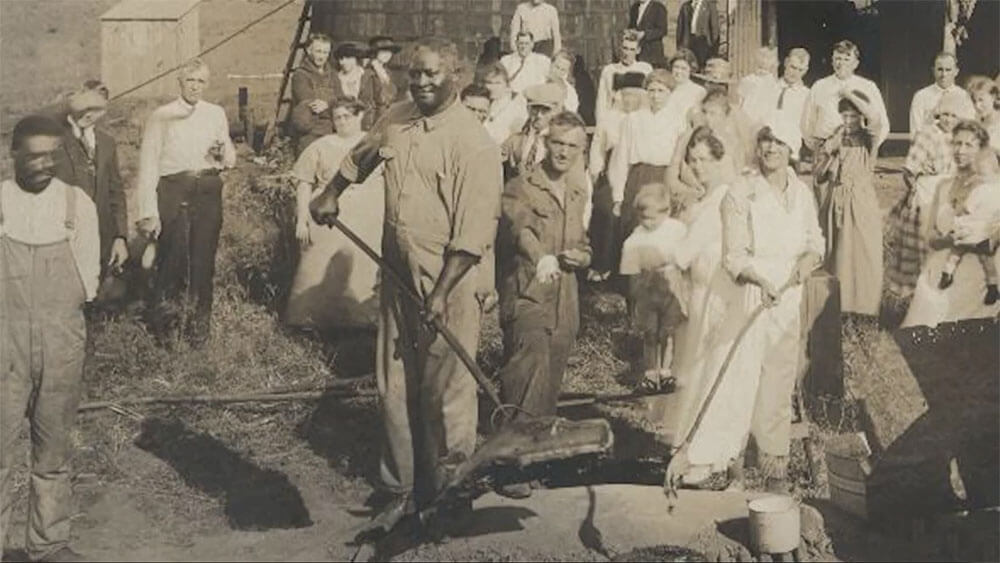 It’s hard to imagine that BBQ appears to be an All-American pastime, but what history has shown, tells a different story that is filled with a celebration of cultural influence. More than 200 years ago, it was very common that BBQ pits were essentially what they sounded like. Pits were dug into the ground and meat was slowly cooked with heat and smoke. It was learned by early settlers who learned this from American Indians within the Missouri area.

This was later passed down to Africans and African Americans, most of whom were enslaved during a time when cooking resources were very limited. These techniques were born off the land and to this day are still tried and tested methods that produce outstanding results. It wasn’t until after the Emancipation and abolition of slavery that the very first ambassadors who came to Missouri were true- freed Black slaves…

It’s also on record that BBQ recipes after the Civil War required Black people to assist since they were the only ones who knew how to create authentic southern BBQ flavors. Over the years, the focus had shifted which tended to erase the accomplishments of Black people and their rich background in BBQ culture. Most people do not know that Burnt Ends is not an innovation of Texas BBQ, but a style that started in Missouri.

How does St. Louis stack up when compared to other iconic BBQ cities in the USA?

While it may have become an economic push to make the St. Louis spare ribs a household name, it was also part of a larger marketing ploy from butchers. It was simply easier to package rectangular-shaped cuts that were easier to sell as a BBQ item. This didn’t mean that BBQ in St. Louis was just about spare ribs since this includes many other BBQ specialties.

If you compare the St. Louis style to other iconic cities, Kansas City ranks in the top slot as far as Missouri BBQ is concerned. A whopping 60% of the ranked cities agree that you can’t beat the St. Louis barbecue style. After this, Chicago comes in at a close 46% for popularity, followed by Houston, Texas with 37% of the vote. On a global scale, Kansas City is ranking #1 for the best BBQ but for the sauciest ribs, it has to go to St. Louis after that.

Who are the most influential people when it comes to St. Louis? 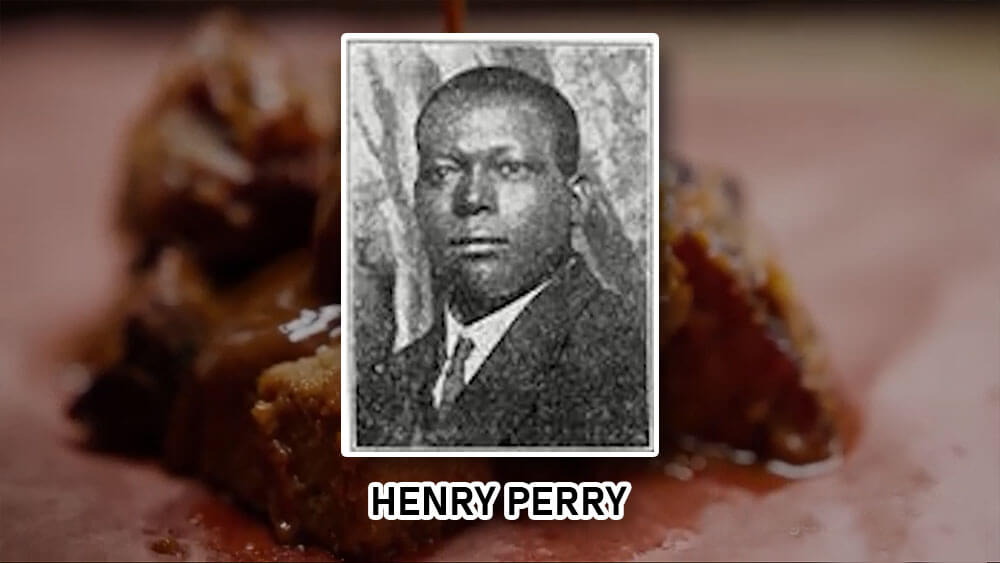 Going back in history when it comes to finding the real influencers among St. Louis BBQ that don’t include new and trendy names is pretty hard. Many of the legendary pitmasters who were left off the list never got a fair shake in the history books. Some of the best influential names you’ll want to know more about include Henry Perry, who was one of the earliest names associated with being an expert pitmaster.

Although he didn’t settle into St. Louis as his main residence, his contribution to helping create the BBQ flavor. He used his knowledge learned from his years spent as a riverboat cook. Later, he adapted old BBQ techniques from those he met along the great Mississippi- had ultimately defined how BBQ in Missouri would become. He finally settled in Kansas City but is recognized as ‘The Top’ influential BBQ pitmaster known throughout the state.

Arthur Bryant is perhaps one of the very few recorded Black pitmasters, (along with Henry Perry), to be listed in the BBQ Hall of Fame who was truly a pioneer back in the early 1960s. Both Arthur and Ollie Gates of Gates BBQ (one of Arthur’s early apprentices) earned a place in the Hall of Fame.